Sawubona, is an ancient isiZulu greeting which means: We see you. It is equivalent to Hello or Namaste.

So when we meet and greet each other, I would humbly say: “sawubona” [we see you], and you will respond by saying “yebo, sawubona” [yes, we see you too].

Why do we say “we see you” even when it is just me, a single individual person greeting you?

Why do you respond by the same when it is just you, a single individual person greeting me?

So when I meet you, not only am I meeting you, but my lineage, my family, and ancestors whom I’m representing, meet you too.

But sawubona is more than just a greeting, it also means: We acknowledge and recognize each other. We bring each other into existence in this space that we meet.

It is an invitation to a deep witnessing and presence. It invites us to communicate and to explore the possibilities of helping each other.

Problem with not seeing others is that you will not appreciate their existence.

When a husband does not see his wife, he is unlikely to appreciate her.

When an employer does not see his employees, he will not pay them well.

When an entrepreneur does not see his customers, he will exploit them.

The architects of the idiotic apartheid system knew this very well.

They made sure that black people are not seen by making them live in townships that are located far away from cities. 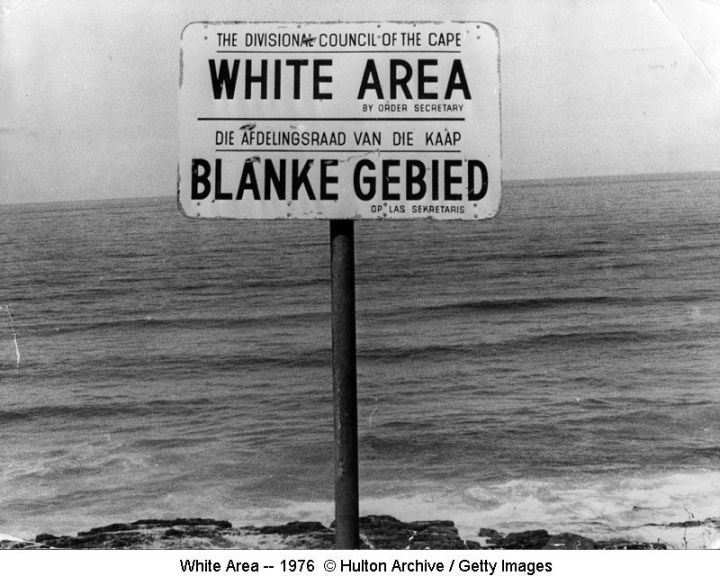 Even if they were to go to cities, they were limited to certain places at certain times.

Separate toilets, separate cinemas, separate tea-rooms, separate entrances to shops were made purely to ensure that they are not seen.

It was when the picture of Hector Pieterson’s body being carried by Mbuyisa Makhubo and his sister, Antoinette Sithole, made international news during the June 16, 1976 Soweto Uprising, that the world saw the brutality of the apartheid system in South Africa. 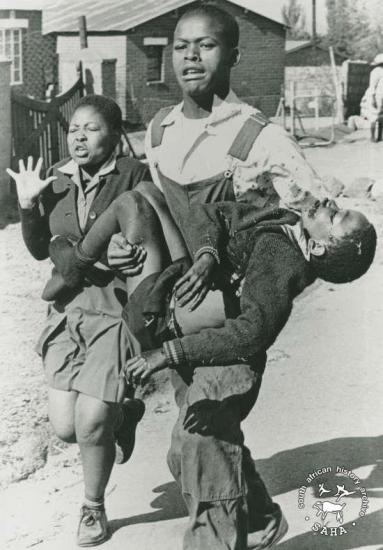 It was when the body Alan Kurdi, a three-year-old Syrian boy of Kurdish decent, whose body was washed out by the sea after he drowned as a result of Syrian refugee crisis that the world took notice. 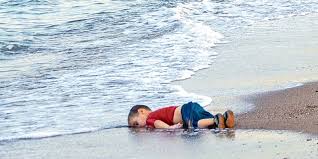 It becomes very difficult to ignore the plight of people when we see them.

It becomes even more difficult to understand and appreciate the hardships that people go through if you don’t see them.

Spending time with people, be it poor people, or people of a different race or culture, teaches you to see, understand, and appreciate their story.

Sawubona is about humanism.

No one is above another. No one is chosen, we are all chosen.

What does Sawubona means for me?

There has never been a more exciting and unpredictable time to be in business.

The 4th Industrial Revolution has democratized opportunities by making it easier to find and connect with people anywhere in the world.

What I have come to realize through my work with organisations and entrepreneurs, is that this is the best time to create products for people who are ignored, and not seen.

Giving a damn is seriously underrated and caring is a huge competitive advantage.

Our job, as entrepreneurs is not to simply obsess about the features and benefits of what we are making; but it is to wonder and care about the difference it could make in the lives of people.

The mistake that a lot of entrepreneurs make is that they say:

“I have a product, my job is to look for customers for my products.”

This is inward looking approach has led lot of business into problems.

The right approach is:

“What do people want, and my job to go and look for what they want and give it to them.”

This outward looking humble approach has proven to work over and over again.

You have got to start sawubona, with the customer experience and then reverse engineer to the technology.

Examples of businesses that embraced Sawubona 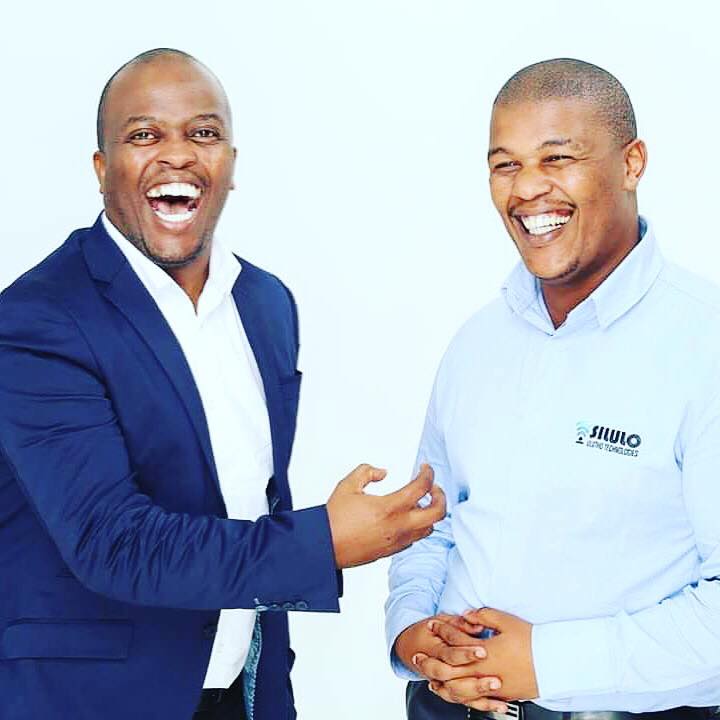 Firstly, having started Silulo Ulutho Technologies in 2004, Luvuyo Rani left teaching and decided that he wants to be an entrepreneur selling computers and bringing information technology to poor people in his community of Khayelitsha in Cape Town.

By the end of 2004, the year they started, Luvuyo and his brother had sold 15 computers.

By 2006, they opened their first Internet Cafe.

By 2007, they opened a Computer Skills Training Centre.

By 2017, Silulo has trained over 29,000 students of whom 60% got jobs, has 42 Internet cafes across three provinces, The Western and Eastern Cape and Kwa-Zulu Natal, and employs over 200 people.

Sawubona means Luvuyo saw the plight of poor people and how they struggled to use computers, prepare CVs and apply for jobs online and decided to do something about it, and in the process creating 200 jobs.

Secondly, when people saw the youth of South Africa as a lost generation in 1994, Dirk Hartfort saw hope and potential.

He then started YFM, a youth radio station that grew to become one of the most popular radio stations in the country.

YFM became the soundtrack that represented the fibre, the soul, the heartbeat and essence of young people.

Some of the hosts on YFM went on to become local and international music sensations and entrepreneurs.

Sawubona means Dirk saw the huge potential that young people in townships had, when everyone else saw a lost generation. 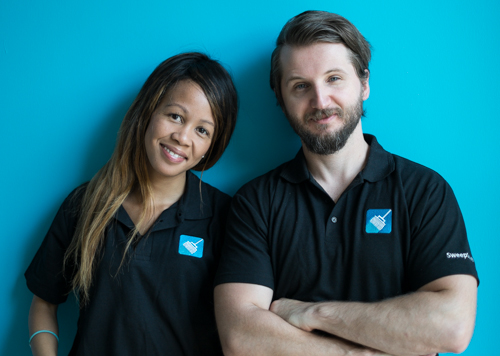 Lastly, about 2 million domestic workers go to work in our homes every single day, caring for our homes, our kids and maintaining sanity in our homes in our absence.

“Domestic workers do the work that makes all other work possible.”

Their work makes it possible for all of us to go out and do what we do in the world every day, knowing that our homes and kids are in good hands.

They earn such poverty wages that they can’t take care of their own families, doing the work that takes care of our families.

After struggling to find a cleaner during the holidays, Aisha Pandor and her husband Alen Ribic started SweepSouth.

SweepSouth is a platform that links domestic workers to people seeking cleaning services via an App, it is the Uber for domestic work.

Currently SweepSouth has more than 11 000 domestic helpers on the platform and they earn more than 60% above the minimum wage in South Africa.

Sawubona is when Aisha and Alen saw the struggle of domestic workers and did something about it.

The best products and services in the world don’t simply invite people to say ‘this is awesome’; they remind people how great they themselves are.

Great brands of the future will be built by those who have worked hard to gain the insight that enables them to whisper: “We see you, we are for you” to their customers.

Shouting “notice us, we are the best, buy from us” just does not cut it anymore.

Sawubona, a concept borne out of Ubuntu philosophy, acknowledges that each person’s voice has value to the community.

In our humanness, we are connected to each other.

Therefore, there is an acknowledgment that there is no “I” without “We.”

Take a moment to reflect and actually ‘see’ the person next you, see them beyond the physical.

By truly ‘seeing’ them you are bestowing one of the greatest honours upon another human being.

PS: This is transcript to my TEDxMahikeng talk on Sawubona.

One thought on “Sawubona: We See You”